9 Craziest execuses for being late ! 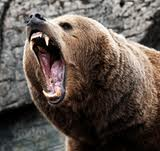 Survey reveals that today's employees favor far more colorful excuses than, say, "My dog ate my homework." - Employees pouring out of offices in the Northeast Friday had Winter Storm Nemo to thank for management-sanctioned early departures, but a recent survey released by CareerBuilder reveals that regular employee lateness may be a more pressing issue for workplaces. Apparently, 26 percent of full-time employees surveyed confessed to being late at least once a month, and 16 percent are late at least once a week. More noteworthy than regular tardiness, however, were some of the excuses provided. Though traffic, weather, oversleeping, child care, and public transportation were blamed most often, many employees chose to get more creative with their explanations for delayed arrivals.

Included in the “why I’m late” hall of fame:

1. The employee who said his car wouldn’t start because the Breathalyzer showed he was intoxicated.

2. The employee who supposedly delivered a baby on the highway shoulder.

3. The employee who used a photo to prove he/she was the victim of a bear attack.

4. The employee who dropped her purse into a coin-operated newspaper dispenser—the change she needed to get it out was inside her purse!

5. The employee who left his apartment wearing his roommate’s girlfriend’s shoes.

6. The employee whose wife froze the keys to his truck in a glass of water.

7. The employee who botched a home haircut and had to wait for a barber shop to open and salvage his mane.

8. The employee who drove to a previous office instead.

9. The employee who was late because she was putting a raincoat on a cement lawn duck in advance of expected afternoon showers.

But excuses are not an area in which points are awarded for creativity.
Indsendt af Nils Mogensen kl. 06.00 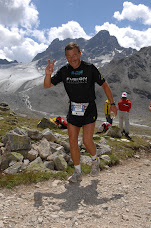